Elliott Wilcox is a London based, British photographer who recently graduated from the University of Westminster, MA Photographic Studies programme. He first exhibited with Crane Kalman as part of the Cream 10 Graduate Showcase in 2009, featuring early work from his celebrated ‘Courts’ series.

Since then, he has gone on to be the recipient of several awards including a Judges Award at the Nikon Discovery Awards and a New York Photo Award. Elliott recently won a prestigious Lucie Award for the Discovery of the Year at the International Photography Awards. His work has been exhibited internationally, featuring as part of the show ‘PRUNE – Abstracting Reality’ at FOAM Gallery Amsterdam with guest curator Kathy Ryan, editor of the New York Times Magazine.

Wilcox’s has now completed his second major series ‘Walls’, which was recently exhibited at the Bau-Xi Photo Gallery in Toronto. The new work continues to explore Wilcox’s interest in minimalism and abstraction through its focus on the outwardly simplest and uniform of subject matters.

To see more of Elliot’s work, and for sizes and prices, go to the Photographers section. 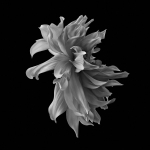 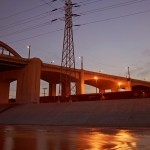