NY based, French photographer Karine Laval, has just launched a new body of work entitled Altered States, which pushes still further her development into a more abstract, conceptual style of work. The title of the series references different states of transformation, such as physical transformation and distortion; and altered states of consciousness and perception, but it also reveals the transformative power of the camera.

Once again using water as the subject for her work, Laval continues to explore the vagaries of perception and challenges the way we see by combining performance and the mechanics of photography itself. She tests the limits of the photographic medium by using water as a distorting lens and choosing a stark color palette – the result of her signature film processing – to generate images which alternate between representation and abstraction, and blur the boundary between photography and painting.

Karine Laval was born in Paris, and has been living and working in New York since 1997. Her works have been widely exhibited in solo and group exhibitions in the United States and internationally at such venues as the Palm Springs Art Museum, the Los Angeles Center for Digital Art (USA), the Sorlandet Art Museum in Kristiansand (Norway), the Palais de Tokyo in Paris (France), and at several photo festivals throughout Europe and the US. Her video “Inferno” was presented at Centre Pompidou in Paris as part of the official selection of the ASVOFF International Film Festival in 2011. Laval was a finalist of France’s Villa Medicis Hors Les Murs and she is the recipient of the Peter S. Reed Foundation Grant.

To see more of Karine’s work, go to the Photographers section. 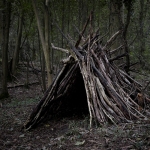 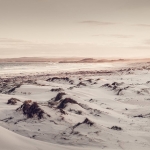