Morgan Silk has been involved in creating photographic images since the mid-1980s after graduating from Blackpool and the Fylde College. He began his career as a creative re-toucher working alongside photographers for advertising clients, and then began to experiment with his own photography, predominantly colour landscapes, his skills as a re-toucher continuing to be employed to give an unusual and personal touch to the finished work.

Now a highly successful photographer in his own right his major commercial clients include Land Rover, BMW, Umbro and Nike. Commissions in 2009 included a project run by FHM magazine as part of a new drive to help recruit RAF Regiment Officers, and a campaign for Network Rail.

His highly acclaimed project Zoo won him an Association of Photographers Gold Award, and Morgan also received an Honourable Mention at the International Photo Awards (2009). His portrait of Jake Tassell from the series ‘After The Riots’ was selected as one of the six chosen limited edition covers of 2009’s Creative Review Photography Annual.

To see more of Morgan’s work, go to the Photographers section. 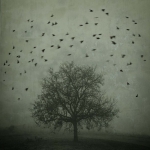 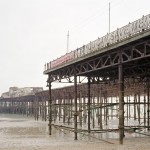