Following on from the success of his earlier series ‘Equus’, ‘Dogs: Gods’ and ‘More Than Human’, photographer Tim Flach’s releases a major new body of work, ‘Endangered’. This thought-provoking project has just been released as a hardback book by publishers Blackwell & Ruth with a number of images being issued as limited edition prints.

Many years in the making, the new work takes us on a journey around some of the world’s most embattled species and ecosystems. In a remarkable series of animal portraits, the plight of many of the planet’s most beautiful and extraordinary creatures is laid bare. This is a stunning and important body of work which continues Flach’s deepening insight into man’s relationship and treatment of the animal world.

Flach has become renown for his highly stylised animal portraits, far removed from traditional wildlife photography’s images of animals observed in their natural habitat. Flach brings his subjects into such close focus that the viewer begins to read the gestures and body language as we would a human being. His photographs evoke pathos, humour and an unmistakably intimate human empathy. Flach’s work has been extensively published and exhibited internationally. To see more of the Endangered series, click here. 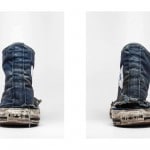 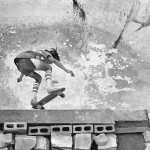