First shown as part of the annual Foto8 Photography Awards exhibition at Crane Kalman in 2010, Chris Frazer Smith’s powerful and evocative Hong Kong Apartments II has subsequently gone on to win several awards and been featured in many prestigious exhibitions, including this Summer’s Royal Academy exhibition in London. A highly successful commercial photographer for the last fifteen years, Chris has worked for advertising agencies, record companies and publishers. He has been in the Campaign “Top 10 Photographers” for the past decade, and his work has received many international awards from The Association of Photographers, American Photography Magazine, The British Journal of Photography, Campaign Photography, Creative Review and Photo District News. He was awarded the Lucie International Photographer of The Year Award in 2003. Success in the commercial world has allowed Chris to pursue his own personal projects. His personal work is heavily influenced by cinema and directors such as Kubrick, Coppola and Ridley Scott. The work tends to explore patterns of contemporary human existence in sophisticated urban environments, particularly in the mega-metropolises of Shanghai, Bejing and Hong Kong. To see more of Chris’s work, go to the Photographers section. 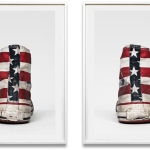 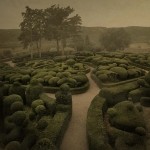