Ellie Davies is a young British fine art photographer who gained an MA in Photography from the London College of Communication in 2008. Much of her work is made in the forests of Southern England, and Davies uses the landscape as a studio space to explore our understanding of landscape as well as being a personal exploration of the woodland and forests where she grew up.

Davies’ latest body of work, Stars, interposes ancient forest landscapes with images of the Milky Way, Omega Centauri and other embroyonic stars (Source Material Credit: STScI/Hubble & NASA). This new body of work was launched at the London Art Fair in January this year and has received great acclaim. The work has been exhibited in solo and group shows in Paris, Brussels, The Hague and most recently at the inaugural Photo London Fair at Somerset House.

Several new images have recently been added to the Stars series and are featured here. The series has also been featured in a number of press articles including Polka, L’Oeil de la Photographie, Dutch Elle and Creative Review. Stars 8 is now sold out in the smaller 60cmx90cm edition (with 2 Artist’s Proofs only left available) and has one remaining print in the larger 80cmx120cm edition size. Ellie has also had one of her Between The Trees series selected for the Royal Academy Summer Exhibition. To see more of Ellie’s work, and for sizes and prices, visit www.cranekalmanbrighton.com/photographers/elliedavies

To see more of Ellie’s work, and for sizes and prices, go to the Photographers section. 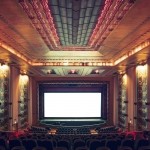 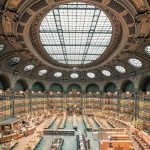