Hugh Holland exhibited his ‘Angels’ series at Crane Kalman in 2007. The images captured the Los Angeles skateboard revolution during the mid-Seventies from an insider’s perspective. At the beginningsof a cultural movement—before extreme sports and corporate sponsorship—Holland documented rebellious teens gliding through the drainage bowls and emptied pools around Venice, Orange County and Brentwood’s Kenter Canyon Elementary School. ‘Locals Only’ is his second collection of these images brought together to coincide with the release of a recently published monograph of the same name by AMMO Books. Unlike most photographers, Holland shot with old colour negative movie film, rendering his images in warm, soft tones that beautifully capture intimate images of a generation of boys discovering their identity amidst the backdrop of a cultural phenomena that shaped a generation. To see more of Hugh’s work, go to the Photographers section. 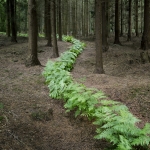 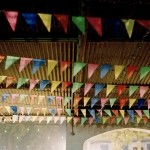