Shiho Kito is Japanese photographer currently based in Gandhinagar, India, who also works in both Japan and the UK. She also teaches, writes and curates. Having been awarded one-year fellowship from Government of Japan, she has based her practice at the National Institute of Design (NID) in India since January 2014. Shiho’s work was first exhibited at Crane Kalman Brighton in the Cream: Graduate Showcase in 2010, showing images from her on-going ‘pikari’ series. Since then, Shiho has studied for an MA in Photography at the London College of Communication, and has exhibited her work as part of a cultural exchange programme between the University for the Creative Arts in Farnham and the Institute of Design in Ahmedabad, India, where much of the ‘pikari’ series has been photographed. pikari is an onomatopoeia in Japanese, which means ‘shining’ or ‘flashing’. The idea for pikari came from ‘star-navigation’, the ancient technique of Polynesian sailors who would find their location and direction guided only by the natural environment. Since leaving Japan, Shiho has used lights in cities all over the world to find her path. The photographs have been created using a large-format camera with 20-80 minute exposure time. Shiho won the Prime Minister’ Initiative Fund from the British Council and has worked for this project mainly in Ahmedabad, India since 2008. To see more of Shiho’s work, go to the Photographers section. 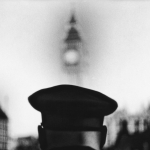 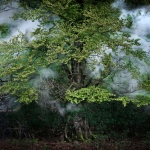